Thanks to the tireless work of Whitman Initiative member Ed Centeno, Walt will soon be gracing letters, postcards, and packages everywhere! The USPS just released its 2019 slate of special issue stamps and, much to our great delight, Walt will be honored alongside tributes to Marvin Gaye, Gregory Hines, the nation’s scenic rivers, and Woodstock’s 50th anniversary!

In June 2017 Ed Centeno initiated his letter campaign petitioning the U.S.P.S to commemorate Whitman’s bicentennial birthday celebration. Whitman was depicted only once before on a 5 cent airmail postage stamp in 1940.

Below are images of several letters and all seven known stamps along with the only postmark cancellation acknowledging Karen Karbiener’s Whitman exhibition in 2005. 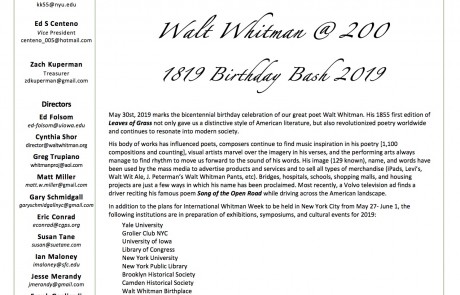 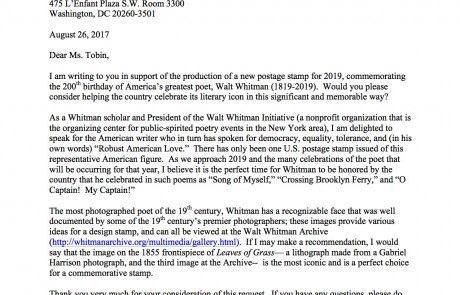 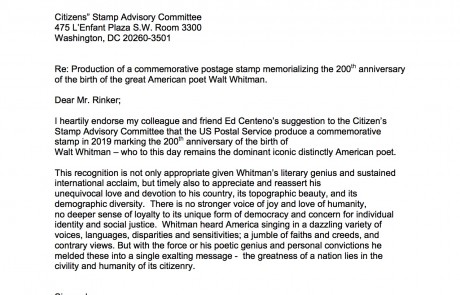 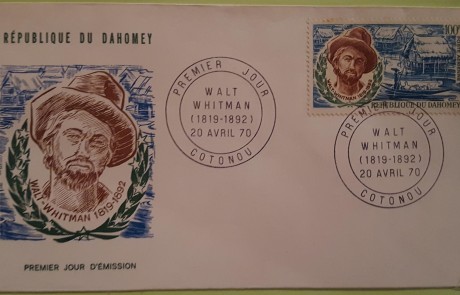 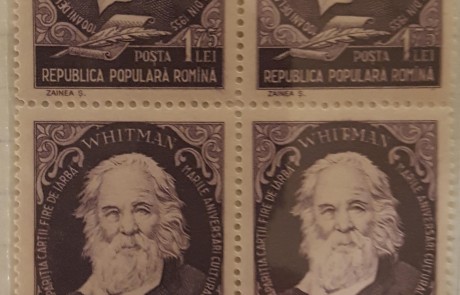 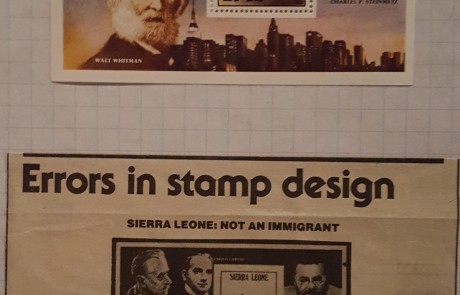 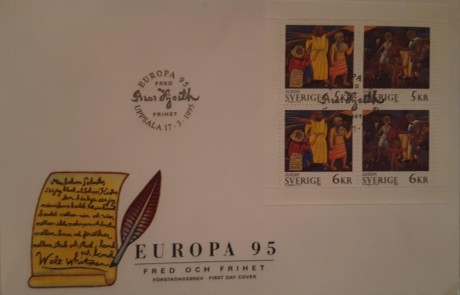 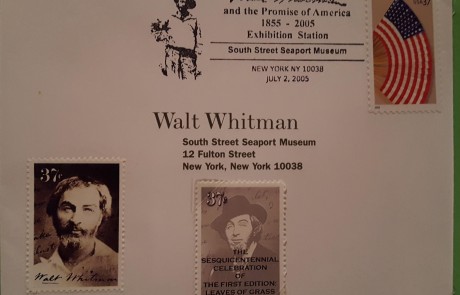 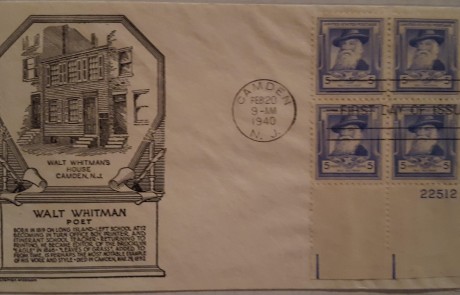