The Walt Whitman Initiative, along with Brad Vogel (Executive Director of the New York Preservation Archive Project), a team of historic preservationists (including Andrew Dolkart and Simeon Bankoff), and the NYC LGBTQ Historic Sites Project, have formed a “Coalition to Save Walt Whitman’s House” in an effort to draw attention to Whitman’s historical home at 99 Ryerson Street, Brooklyn, and its need for protection and preservation.

Please help support our efforts to protect 99 Ryerson Street, Brooklyn— his only New York City home that is still standing, and the very place he completed the first edition of Leaves of Grass in 1855.  The plain appearance of this 1850s wood frame house appearance contrasts sharply with the grand homes of Longfellow in Cambridge MA and Emerson in Concord, MA, reminding pilgrims of the urban, working-class roots of America’s greatest poet. Fore more information about the house, please see the fact sheet prepared by Professor Karen Karbiener.

Please sign your name to the petition to designate the site a landmark and/or write directly to the New York City Landmarks Preservation Commission (RFE@lpc.nyc.gov). Contact us for other ways to help in this effort.  Thank you! Seeking a Second Chance at Landmark Status, Aluminum Siding and All From Brad Vogel, Director of Advocacy for The Walt Whitman Initiative:

You might want to sit down before you open the attachment: We have a signed, public letter of support from NYC City Council Speaker Corey Johnson, four other members of the Council’s LGBT Caucus….and the critically important local Council Person who represents the district encompassing 99 Ryerson Street, Laurie Cumbo.  The letter urges LPC to designate Whitman’s home as a landmark.

After having LPC reject our request for evaluation in December 2017, this changes everything.  We now have serious political support for official landmark designation.

Thanks to every one of you for helping this Coalition hit this milestone – which seemed borderline impossible late last year.  Every letter of support, every email of support, every petition signature helped.  And special thanks to Ken Lustbader and the NYC LGBT Historic Sites Project for helping shepherd this gingerly through Council Member Dromm’s office after we re-started the entire process with the LGBT Caucus this spring.

Now, let’s capitalize on this big break.  Here are some action steps:

1. EMAIL Email the council members who signed the letter to thank them, but BE SURE TO ALSO ASK THEM TO REQUEST A MEETING WITH THE NEW LPC CHAIR AFTER JUNE 1 to follow up on their letter of support in person.  Here are the email addresses for the council members:

2. POST Post the letter of support far and wide on social media (I’ve included the two pages of the letter as easier-to-post JPEG files) and blast the PDF version (linked here) out via email to any groups.  Feel free to send on to any press contacts – this makes for a good “comeback” storyline.

3. ATTEND On the morning of May 31, Whitman’s 199th birthday, I’d like to invite you and anyone you know to join me in front of 99 Ryerson at 8:00 a.m. for a brief group photo shoot – the thought would be to get some green-painted, cardboard “leaves of grass” for each person in the crowd to hold up.  We need a good group publicity shot that we can use in this next phase of the campaign – and let’s celebrate how far we’ve come!

All my very best,

Coalition to Save Walt Whitman’s House 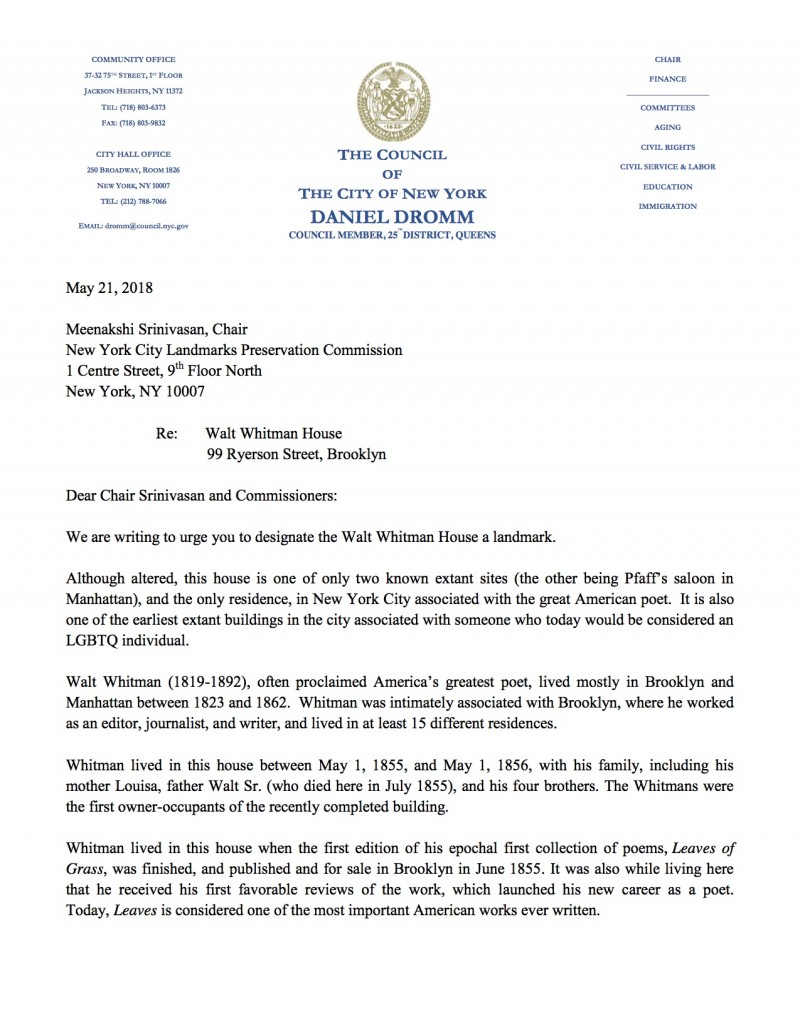 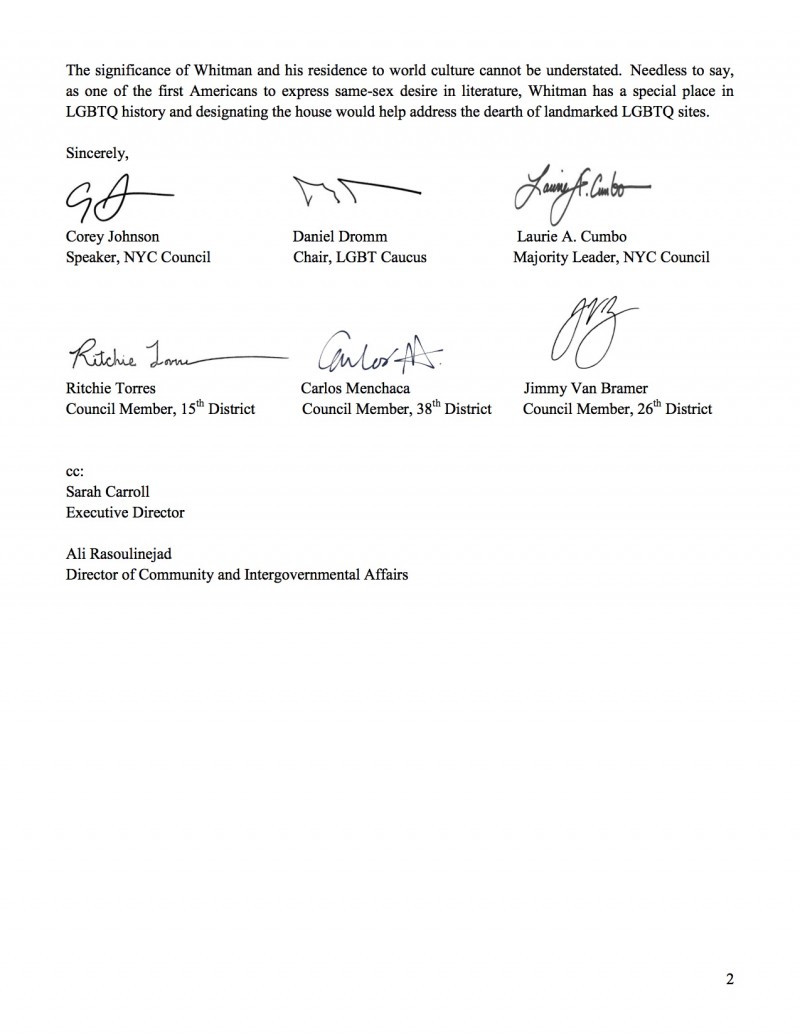 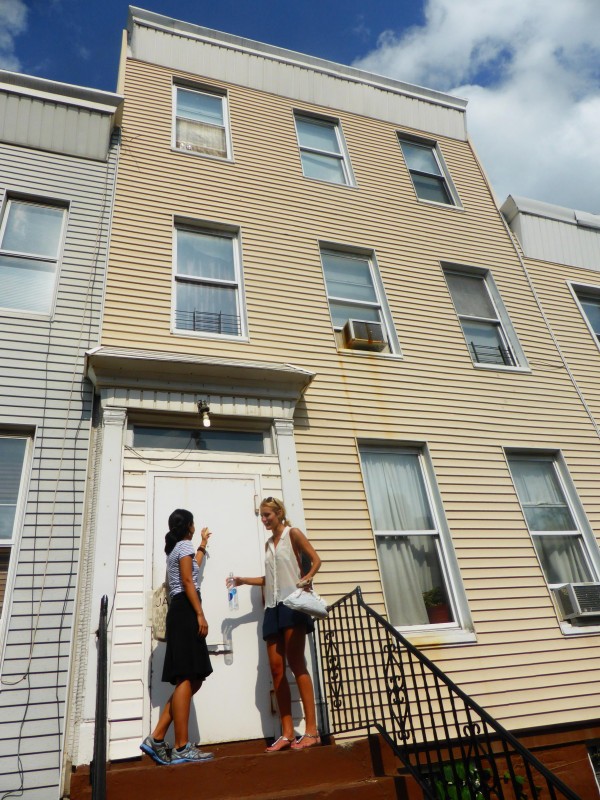 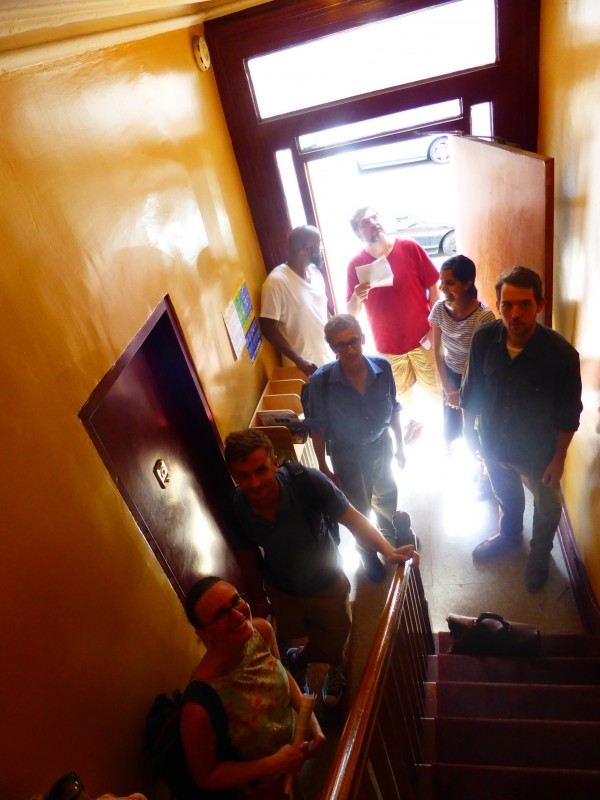 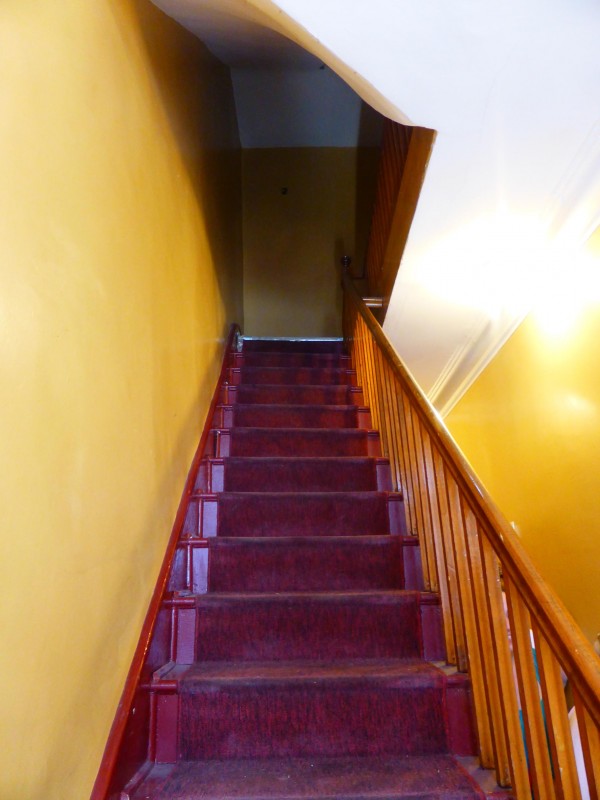